Learn about all of the benefits of joining our network! 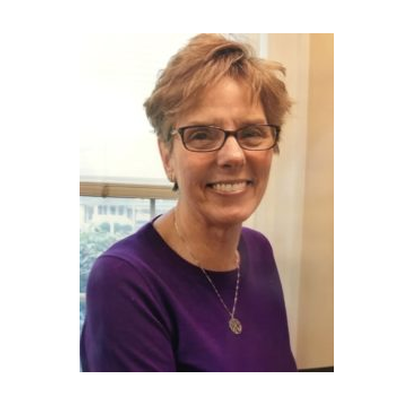 When Jane Meyer started working for Catholic Charities, Teenage Mutant Ninja Turtles were all the rage, gasoline was just $1.34 a gallon, and George Bush (the first one) was President.

“Things were quite different at the time – there were no computers, all our notes were handwritten, and smoking was allowed in the office!” she remembered.

That was 1990. Last month, Meyer retired after a 30-year career at Catholic Charities, during which she helped countless children recover from trauma and abuse. Altogether, Meyer worked for over 40 years in the mental health field.

“I could not have asked for a more meaningful or rewarding career and feel quite blessed to have worked with people I respect and served a mission I wholeheartedly endorse,” said Meyer, whose early career included stints at a Cleveland mental health center, the Mental Health Association in North Jersey’s Essex County and Riverview Hospital in Red Bank.

Meyer first joined the Catholic Charities team as a fee-for-service clinician in what was then called Family and Community Services, and later, the School Social Services Program.

She went on to steadily build on that work in Monmouth County. She became Program Director in 1998 when the state contracted with Catholic Charities for youth case management in Monmouth County. Later, she created and directed an outpatient counseling program for children in Red Bank now known as the Monmouth Family Growth Program.

“This greatly enhanced the program, and we became known as a premier trauma program,” Meyer said.

“Jane truly embodies what it means to be a caring and competent leader for children’s services,” Laó-Collins said. “She has had an immeasurable impact on children, families, her staff, colleagues, and interns who were fortunate to be under her guidance. We are proud of the work she’s accomplished at Catholic Charities. As she moves on to new adventures, she can be confident that she has made a difference. Thanks to her work, we will continue to strengthen children and families.”

Meyer, a Red Bank native who still lives in her hometown, is looking forward to spending a lot of time with her family, including husband Roy (pictured, above left), a retired bureau chief for the state Department of Environmental Protection. The couple – college sweethearts – have been married 41 years.

“We raised two wonderful children, and they continue to be our biggest blessing – Elizabeth lives with her husband Matt in Harrisburg (Pennsylvania), and they have given us our dear grandchildren, Jack, who’s 9, and Samantha, who’s 7. Our son Christopher lives with his wife Andrea in the Highlands,” said Meyer, who also has two dogs Chief and Bear. “I could not have chosen better people for my children to marry and truly cherish my time with them.”

Before the pandemic, Meyer loved going to the theater, shopping, and trying new restaurants in New York City, as well as visiting Cape May and local craft breweries.

The coronavirus will keep those hobbies on hold for a while. Instead, she expects to pursue more social-distance-friendly pursuits like cultivating her “creative side,” she said.

“I plan to resume a childhood interest in art and hope to enjoy having more time to garden, cook, bake, decorate, sew and do craft,” she said. “I also enjoy reading and journaling, walking, and playing Pickleball. I am sure that I will seek some volunteer opportunities, but plan to take some time to settle into retirement and decide what direction to take.”